ZeroHedge comments, “In keeping with recent tradition, stocks blasted as soon as the cash session opened, sending the S&P above the key 4,400 level (more below)…

SPX futures are in a Triangle overshoot after rising above 4400.00 this morning.  This verifies yesterday’s discovery of the Triangle.  SPX is in a position to make a 50%  retracement of the entire 21.5-day decline at 4412.00.  Thus far it has taken 17 hours from the low at 4278.94.  A Cyclical interval would be 17.2 hours, so this suggests that the peak retracement may be achieved within the first hour, if not the first 6-12 minutes after the open.

ZeroHedge reports, “The nausea-inducing rollercoaster in the stock market continued on Thursday, when US index futures continued their violent Wednesday reversal – the biggest since March – and surged with Nasdaq futures up more than 1%, hitting a session high, as Chinese technology stocks rebounded from a record low, investors embraced progress on the debt-ceiling impasse in Washington, a dip in oil prices eased worries of higher inflation and concerns eased about the European energy crisis fueled a risk-on mood. At 7:30am ET, S&P futures were up 44 points or 1.00% and Dow futures were up 267 points or 0.78%. Oil tumbled as much as $2, dragging breakevens and nominal yields lower, while the dollar dipped and bitcoin traded around $54,000.

Wednesday’s reversal started after Mitch McConnell on Wednesday floated a plan to support an extension of the federal debt ceiling into December, potentially heading off a historic default, a proposal which Democrats have reportedly agreed to after Senate Majority Leader Chuck Schumer suggested an agreement would be in place by this morning. While the deal is good news for markets worried about an imminent default, it only kicks the can to December when the drama and brinksmanship may run again.”

VIX futures made a low of 20.05 this morning, possibly testing the Ending Diagonal trendline and mis-Cycle support at 19.66.  VIX has been in a flat consolidation for the past 7 days, alleviating the jitters of traders that have been anticipating a spike in the VIX.  A breakout above 25.00 may change their outlook.

The NYSE Hi-Lo Index flipped to a sell signal yesterday, confirming the bearish formation in the SPX.  Late in the day the reading was -18.00 but the final tally had to be made after the market close.  You see, ETFs are included in the count during the day, but had to be netted out after hours to eliminate double counting of stocks.  Just to give you an idea of how bad the data may be, there are ETFs of ETFs (shades of 1929!).  Thus, we have a delayed count after the close.

TNX futures are slightly higher, but may yet decline to the mid-Cycle support at 14.27 before its final rally of the Master Cycle.  There is a Trading (minor) Cycle indicated for tomorrow that may go briefly lower.  The final target for this Master Cycle remains in the range of 16.50-17.93.

ZeroHedge reports, “Following negotiations that stretched late into Wednesday evening, Democrats and Republicans have reportedly forged a compromise deal on a short-term increase in the the debt ceiling which will avoid default, but as Bloomberg notes, “threatens to exacerbate year-end clashes over trillions in government spending.”

In moving forward, Democrats appear to be on the verge of accepting a proposal from GOP leader Sen. Mitch McConnell (R-KY) which would raise the debt limit by a specific amount – enough to move things into December, when Congress will have to vote again to avoid a default.

While the details aren’t totally clear, McConnell’s offer was to allow a vote on extending the debt limit at a fixed collar amount – which Goldman’s Alec Phillips expects a number on over the next day or so.”

Crude Oil futures declined to a low of 74.97 before a slight recovery.  This led me t a careful revision of the Cycles Model that accomodates a potential Master Cycle high yesterday.  You see, Cycles are organic and approximately 98% of them fall within certain parameters (within 17 days) of day 258.  Often there is more than one high or low (or both) within that 17 days, so it often becomes an issue of which is closest to its target.  The final arbiter may not arrive until the new Master Cyclepresents itself.  Should this be correct, fuel prices should moderate over the next six weeks, until the next Master Cycle ends.

While the past six weeks have evoked a panic, including our president asking the OEC to increase their production, the new trend may also catch traders flat-footed and unwinding their longs.  However, the energy crisis is not over.  We may just get a short breather before the next onslaught in December.

ZeroHedge reports, “Europe’s gas and electricity prices are setting record highs on a daily basis and rising at an accelerating rate as the market tries to destroy enough demand to protect depleted inventories ahead of the winter.  Gas storage sites in the European Union and United Kingdom are currently just under 76% full, compared with a ten-year seasonal average of almost 90%, according to data compiled by Gas Infrastructure Europe.

In the last decade, storage has emptied by an average of 57 percentage points over winter, but depletion is highly variable, ranging from a minimum of 38 points in 2013/14 to a maximum of 71 points in 2017/18.”

The knock-on effects of an energy shortage are substantial.  ZeroHedge observes, “Coal supply shortages in Asia and Europe are pushing prices for the dirtiest fossil fuel to record highs and have become a challenge for US suppliers due to a shortage of miners, according to Bloomberg.

For the last three and a half decades, the number of coal mining jobs in the US has collapsed from 180,000 to 42,500 in August. The industry remains 9,500 miners short from pre-COVID times.

With coal prices worldwide screaming to all-time highs ahead of winter as China and Europe scramble for supplies, the US coal industry is failing to find new miners willing to do the dirty work as demand soars. ”

MartinArmstrong quips, “The greatest problem I have is that those in power are evolving to the lowest possible denomination. Thirty years ago, I would have intelligent conversations with heads of state. Those days are gone. If I met with Biden, I would probably have to bring a napkin to wipe the drool from his face. 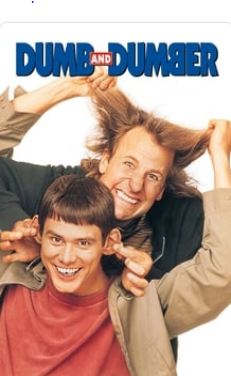 I think it is time we nominate “Dumb & Dumber” for President/Vice President. I think they have a better than 50/50 chance of doing a far better job than this crop of politicians on both sides of the fence on a global level. We have had Biden immediately cut off oil production because he is for saving the planet, but the alternative energy is not ready. Then he turns to OPEC to increase production. How many Americans lost their lives in Cheney’s war to get control of oil?

Then in Europe, the government was against being reliant on Russia and the whole gas pipeline dispute. Because of the Japanese reactor crisis, Merkel outlawed nuclear energy. Wind power has failed so the result is that now the Civil Protection Office has unveiled an ad campaign focusing on all aspects of crisis preparation! They are soon to release a targeted strategy addressing “stockpiling, extreme weather, power failure and emergency baggage.” Then these amazing officials are releasing a new book entitled “Cooking Without Electricity.”